Late last year, I discovered my very own online stalker. A woman with two fake Instagram accounts reached out to me as two different people. Both personas said they had found encouragement from my writing. I even talked to “one” of them on the phone.

When I began noticing some unusual parallels in their stories, I asked a few key questions. Turns out, it was one woman trying to determine if I was seeing her boyfriend. I was not.

The situation made me think about my own e-stalking habits. I get it. It’s often a curiosity thing. And it’s so much easier now than it was in the 80s when we had to discreetly drive by someone’s house with our headlights off.

Back then, you couldn’t pretend to be three different people because you only had one car. Mine was a yellow ‘78 Cougar with chasing lights around a personalized plate- GINGERL. There was no denying I was the one, without headlights, who backed into Troy’s mailbox when he flipped on the porch light.

Nevertheless, I’d be happy to have an honest conversation with my stalker. I don’t mind telling her what she wants to know. But here’s the thing, if you set up fake social media accounts because you are worried that your significant other is seeing someone else, your relationship has already failed. Whether that lack of trust is due to their behavior or your fear is irrelevant. It is a miserable way for both parties to live. When a relationship causes misery, it has failed whether you are still in it or not.

I suggest hightailing it out of there (with your headlights on) and never looking back. The day will come when the people who once consumed your thoughts no longer cross your mind. It feels good.

I used to be somewhat fixated on a woman I called “Dolphin Girl.” The man in my life at the time seemed fascinated by the dolphins tattooed on her lower back. He said he noticed them while she was kneeling to file papers. Maybe that’s what she was doing, and maybe it wasn’t. I’ll never know, but there was no evidence of paper filing anywhere on her social media accounts.

I feared they would fall head over fins in love. At one point, I considered discussing it with her, but was afraid she might flip. 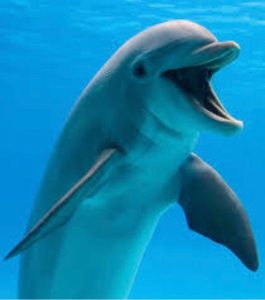 In retrospect, the number of hours I spent consumed by Dolphin Girl, as well as Hillbilly Hottie, No-Panty Annie, and “the one that looks like that girl on Newhart,” would have been much better spent focusing on myself. I could have earned a degree, started a business, or written a novel. Years of my life were wasted in fear and insecurity, and for what? Not one of those women is relevant to me now.

Be mindful of the amount of time you spend e-stalking, and the mental and emotional strain it causes you and your partner. That’s all I’m saying. I won’t reprimand anyone for a bit of curious “research.” That’s perfectly acceptable. How else would I find out that Troy is still super cute, single again, and has a mailbox set in concrete and encased in stone?