Like the rest of the country, I’ve been thinking a lot about guns. You can’t turn on the news, or log into social media, without being bombarded with opinions ranging between a desire for a total ban to those who say gun ownership should remain part of the fabric of America.

So, here’s where I’m at on the issue: I agree with everybody. I’m flaky like that.

I have five kids. My oldest was slated to start kindergarten when two Arkansas boys, aged eleven and twelve, pulled their school fire alarm, and began shooting fellow classmates as they exited the building. The situation struck fear so deeply into my heart, that I spent the next thirteen years homeschooling.

Now, my two youngest attend the local elementary school. It’s worth mentioning that we live in the equivalent of Mayberry. The kids ride their bikes to school. Neighbors help neighbors. We even have a good-natured sheriff. We’re just average, small town, midwestern America. There are a lot of guns here. Guns owned by solid citizens who would never dream of hurting another person.

And yet, every time I hear sirens during school hours, I panic slightly. Here in Mayberry, all of the children walk right down my street, bumping against my white picket fence, as they drill what to do in case of a shooting. In other words, if their classmates are being slaughtered, they must walk to the library in an orderly fashion. And I watch them practice. That gives me pause for thought.

What if Opie had come from school one day, and explained to Andy and Aunt Bee that they’d had an active shooter drill? 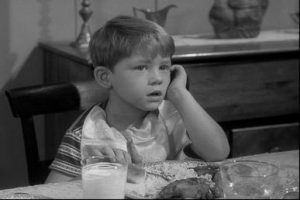 Aunt Bee: “I noticed all the children were walking past the house today, right in the middle of school hours. They shouldn’t be missing class.”

Andy: “Practice for what, son?”

Andy: “What did your teacher tell you about shootings?”

Opie: “She explained that in some towns, people walked into schools with guns, and killed a lot of children. She said sometimes, it is even other students who bring their folks’ guns to school. So, we need to know what to do in case that happens here.”

Andy: “What do you think about that, Opie?”

Opie: “Well, a lot of kids got scared, and some were crying, but I told ‘em my pa would look out for us. You’ve got a gun, Pa. You could shoot the bad guys so they won’t hurt anybody.” 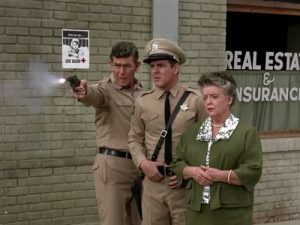 Aunt Bee: “But you said sometimes the ‘bad guys’ are actually other students? Themselves, children?”

Opie: “Well, yeah, but Pa wouldn’t shoot a child. I guess that’s why we have to practice. Most people’s folks have guns. I s’pose somebody could bring one to class, but I don’t think they will. ‘Cept maybe the bully. Or the kids who get bullied. It’s hard for them to come to school sometimes without feelin’ angry. I don’t blame ‘em though. It’s tough to be a kid.” 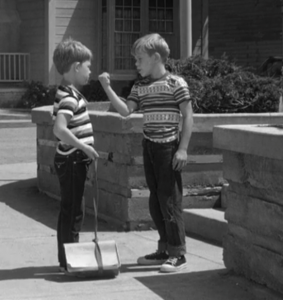 So, my question is, how do we protect our kids? Do we keep doing the same thing we’ve done for two hundred years, and hope for the best? Or do we put our heads together, and come up with changes that benefit everyone, and also reflect the changes in our society? Our country is not the same as it was in 1790. Among other things, we aren’t dealing with muskets anymore. But we are still dealing with citizens who hold firmly established beliefs and values that should be respected.

I guess for starters, I’d like to hear peaceful dialogue that stems from an understanding that both sides of the coin are valuable. And ultimately, whatever we decide, I’d like to stop wondering if the day will come when I am frantically scanning the faces of the kids walking past my house, hoping against hope that my boy and girl are amongst the ones able to walk out of the building, and down the street in an orderly fashion. 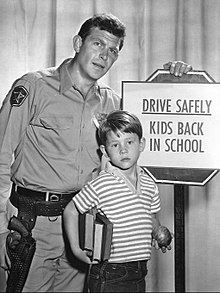