On December 7th, I had a date with a judge. I didn’t marry him, but he did grant my petition for a new last name. It goes against societal norms for a woman to change her name unless she is attaching herself to a man, so this has been difficult for some to accept. However, the vast majority have been extremely supportive.

Two years ago, amidst some big life changes, it occurred to me that neither my original name, nor the one I had taken in marriage were suited to me anymore.

Often, women will keep their married name in order to have continuity with their children. But my independent nature railed against the idea of spending the rest of my life with a name that no longer applied or appealed to me.

I had made these life changes in the pursuit of peace, and I felt strongly that it should be represented. I looked at the word in several languages, and almost landed on the German word Freiden, but it didn’t resonate with my soul.

Finally, someone suggested that I make a list of the places where I had felt the most peaceful, and see if anything popped out at me.

It was spring break when I took my daughter and her friend to Ireland. My marriage was in shambles, and the possibility of divorce loomed on the horizon. While I was away, my spouse was going to decide if I was “worth keeping.”

I landed in Dublin with a heavy heart. The first three days were some of the most difficult of my life as I waited to see whether a twenty-seven year relationship would be salvaged.

On the fourth day, we took a road trip. Rain beat against the windows, and the sway of the bus caused the stranger sitting next to me to fall asleep on my shoulder. I was in such an emotional daze that I barely noticed.

I could hear waves crashing below as we hiked through dense fog. From my pocket, I pulled a bottle holding a message I had written. Standing at the edge of a cliff, I hurled it into the ocean. 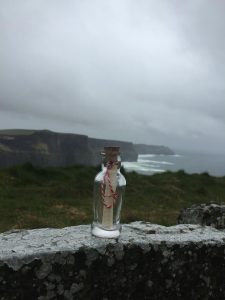 Then I pushed back my hat, closed my eyes, and let the wind work its magic. I have always had an affinity for the wind, and am especially partial to the Native American proverb:

Listen to the wind, it talks.

Listen to the silence, it speaks.

Listen to your heart, it knows. 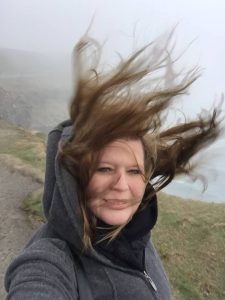 I listened carefully. The fog began to lift both literally and figuratively as it dawned on me that I did not have to wait for someone else to decide my worth. Somewhere deep inside, I knew that no matter what part I had played in the demise of the marriage, I was worth a great deal. In that moment, I made the decision to file for divorce. 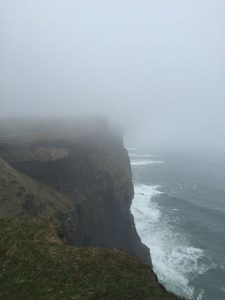 Little rays of peace penetrated my heart. For the first time, I felt hope. The road ahead would be rough, but I knew my decision was right, and ultimately peace would prevail. 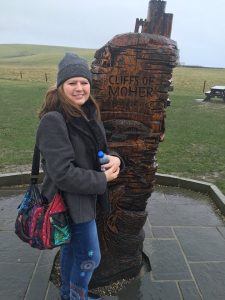 The location? The Cliffs of Moher in County Clare. I tried the words individually, and then lumped them together. I played with the spelling a bit, and as soon as I saw it written out, I knew in my soul that it was right. It is the name I will always use regardless of any relationship that might take place in the future. It represents my journey. It represents peace. It represents me.

So, please allow me to introduce myself. My name is Ginger Claremohr. 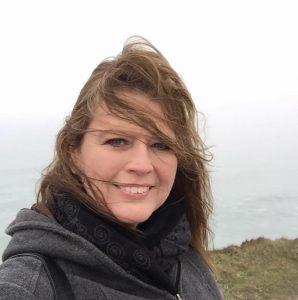 Syndicated columnist Ginger Claremohr is an author, motivational speaker, and mother of five. Her column appears weekly in newspapers across the Midwest. Follow her on Facebook, find her on the web: www.claremohr.com, or contact ginger@claremohr.com. 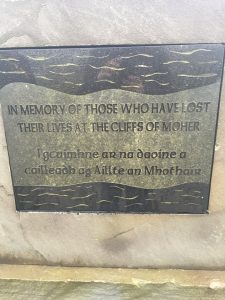 In memory of gaining mine….