I’ve been thinking on this for a while, and I invite you to think through it with me. I grew up in a strong, evangelical, Christian community, and continued in that faith tradition for most of my adult life. Then I had a major crisis that included my faith. So, I walked away and started over figuring things out for myself.

Part of a faith crisis includes anger. I don’t think anger is a bad thing when it propels you to seek truth or to become a better person. Anger is only problematic when it is misplaced, misdirected, or all-consuming.

One thing I didn’t expect is that my crisis would affect my political points of view. But when you set out to “look at everything with new eyes,” you have to actually look at everything. You must also be courageous enough to face your fears, because nothing in life is scarier than considering that what you have always believed might not be right.

Currently, I become frustrated when I hear folks say that if immigrant parents break the law, it is acceptable to detain their children. While it appears the government is working to correct this traumatic situation, it has brought to light an old mindset. There was a time when I believed that anyone who broke the law “got what they deserved.” I chalked it up to my Christianity, which means I’ve been attributing Christianity with the mindset that detaining children is acceptable.

Because this issue has caused many Christians to be categorized as Nazis, I began thinking about Nazi Germany. I have been to Ravensbruck concentration camp where Corrie ten Boom of The Hiding Place, and her sister Betsie were detained. I stood at the edge of a small lake that separates the camp from town. The crematorium was directly behind me, a picturesque view in front. The question screamed inside of me: why didn’t the townspeople do anything? 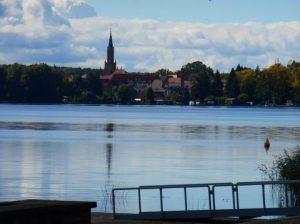 This rang true to me. My ancestry is deeply German. Had they not emigrated, there is a chance I would be a German Christian. I would believe in the prescribed authority, morality, and law. I would hope for religious renewal for my country, just like I did as an American Christian.

An article by A.R. Moxon states: “Historians have a word for Germans who joined the Nazi party, not because they hated Jews, but out of a hope for restored patriotism, or a sense of economic anxiety, or a hope to preserve their religious values, or dislike of their opponents, or raw political opportunities, or convenience, or ignorance, or greed. That word is Nazi. Nobody cares about their motives anymore.”

Can I be honest enough with myself to admit that if I had been one of the 45 million protestants in Germany at the time, I might have also been a Nazi? Would my Christianity have contributed to my Nazi beliefs? Would I have turned a blind eye because it was easier to chalk the atrocities up to “they get what they deserve?”

As I pondered this, I became deeply troubled. A new crisis arose within me. My brain felt like a runaway train, and even though it was scary, I had to stay on board and steer until it reached its destination.

I thought back to Ravensbruck and the picturesque town across the lake. I thought back on my trip to Amsterdam when I took my children to the Ten Boom home. They crawled through the secret opening in the closet of Corrie’s bedroom, and crouched down in the tiny hiding place where Jews hid for days at a time.

I thought about the majestic church Corrie attended. I wondered if she sat in those pews and worried about whether the Jews in her bedroom closet would be discovered while she was away worshiping God.

I thought about third grade when Corrie ten Boom spoke at my Christian school. Her nature was quiet and gentle.

Then it hit me…nobody knows how many Jews were hidden in that town across the lake. Nobody knows how many Christian mothers who followed the Nazi party for every reason besides hatred, might have snatched some of those children out of line as they marched past.

I realized that some of my anger toward Christianity has been misplaced. Corrie ten Boom’s family did what was right BECAUSE of their faith. They also broke the law. Did they deserve to be separated and shipped off to detention facilities where everyone except Corrie died?

Would I have remembered that the money changers in the Temple were legal, and Jesus disregarded what was “right” when he overturned their tables? Would I have had courage to take action regardless of the stance of my political party? Would I have tried to make a difference in the life of even one family negatively affected by the laws of my land?

I have come to realize that even though many have used the Bible to control and manipulate masses of people, I can’t just angrily write off the whole of Christianity. What I need to do is look for Christians who are practicing what Jesus taught instead of taking the easy way out of their societal responsibilities. I want to find the people who are examining every area of their belief system against their politics, rather than spouting platitudes they’ve never fully considered.

I don’t claim to be a Christian, but I certainly do want to live in the way Jesus lived. Boldly. Courageously. Challenging society’s standards and expectations. And always remembering that giving even a cup of water to “the least of these” is the same as offering it to God himself.

Syndicated columnist Ginger Claremohr is an author, motivational speaker, and mother of five. Follow her on Facebook, find her on the web: www.claremohr.com, or contact ginger@claremohr.com. 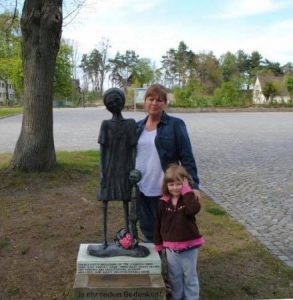 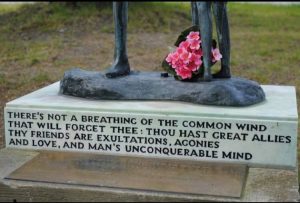 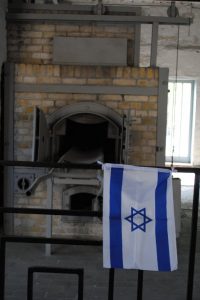 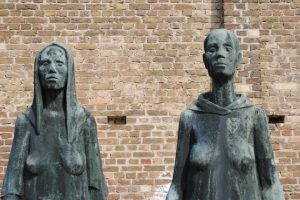